Like most of the world, I was completely awed and engrossed in the January 25th revolution in Egypt. I found that I used Twitter more than any other source to keep up with events. I simply followed the hashtag #Jan25 and real time, impassioned voices from Tahrir Square told me the story of one of the most miraculous revolutions of modern times. It is amazing what people can accomplish.

Regrettably, I did not archive the tweets from late January and early February of 2011, but Nadia Idle and Alex Munns did, and they published them in the wonderful book “Tweets from Tahrir”. They were kind enough to allow me to use their book for this project.

This work focuses on the first day of the Egyptian revolution. The tweets start on January 25 and continue into the early hours of January 26. It took until February 11, 2011 for Hosni Mubarak to listen to the Egyptian people and resign as president.

Using a portable battery system and projector, I projected tweets from January 25 on buildings throughout Clarksville, TN. Projecting these words as large as possible in public spaces gave them a great sense of importance and monumentality. Democracy is a very delicate thing that requires a lot of work and attention. It is good for us in the US to be reminded of that. 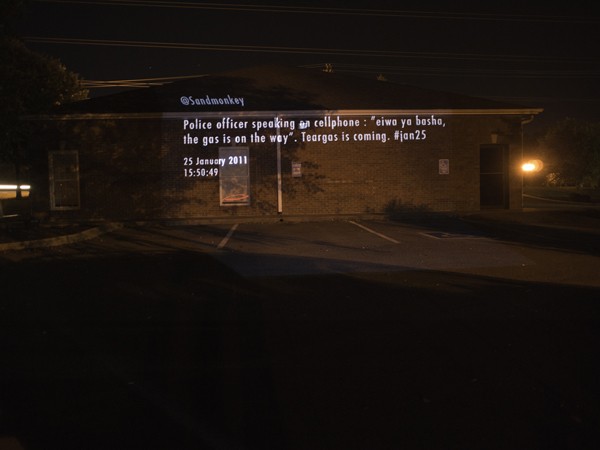 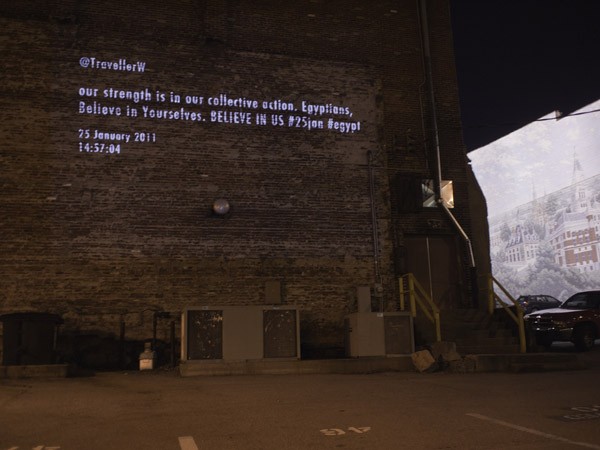 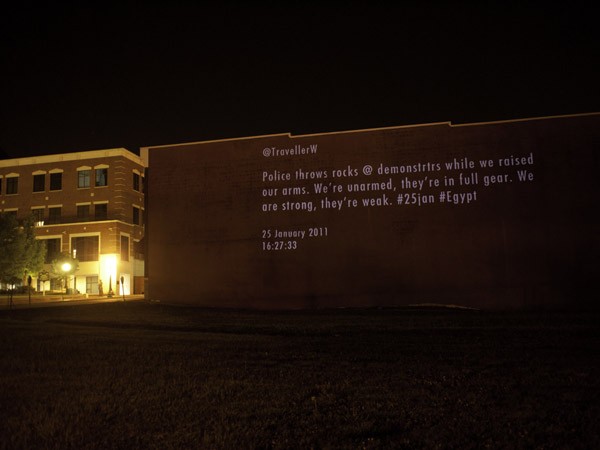 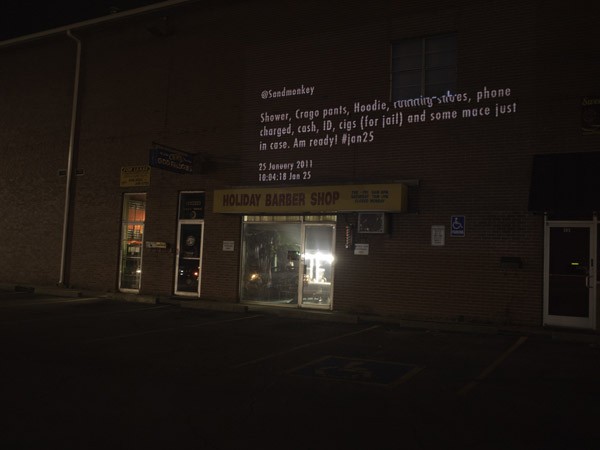 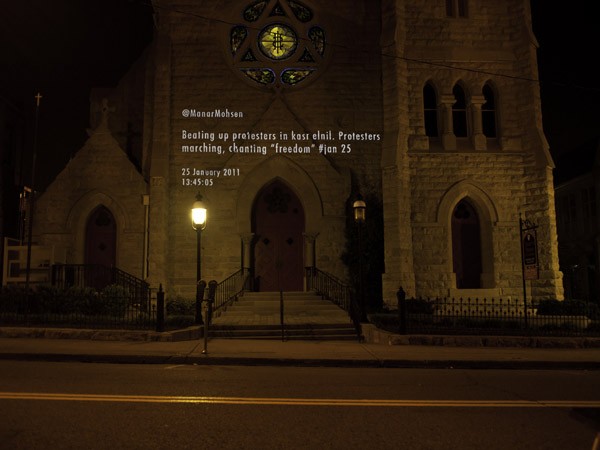 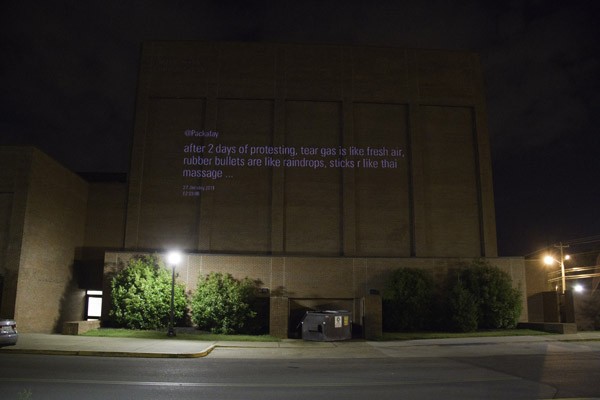 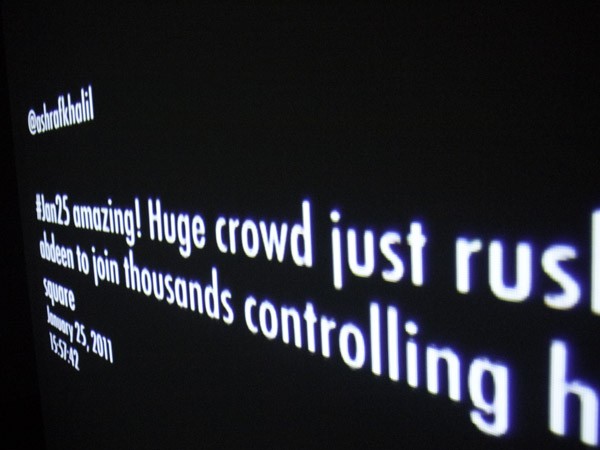 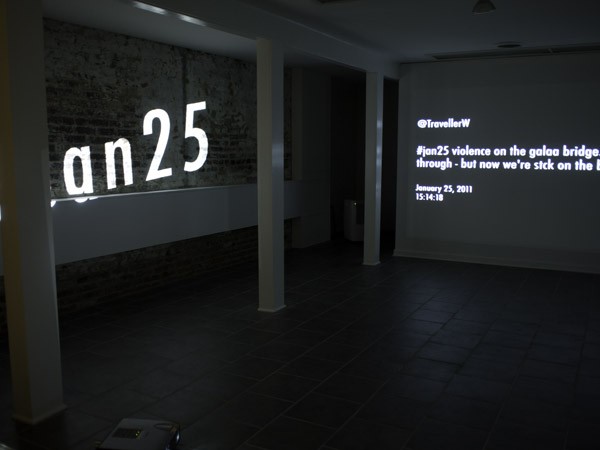 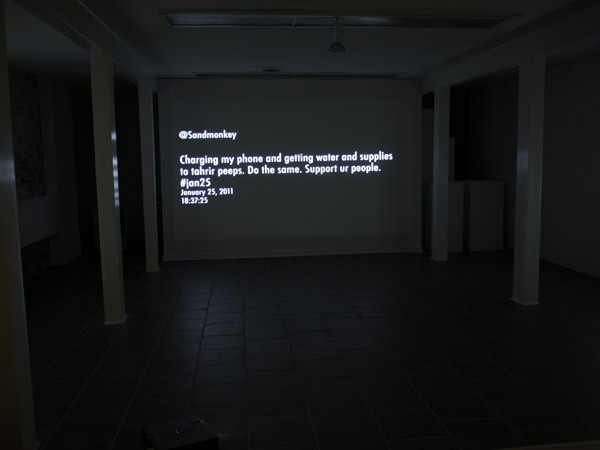 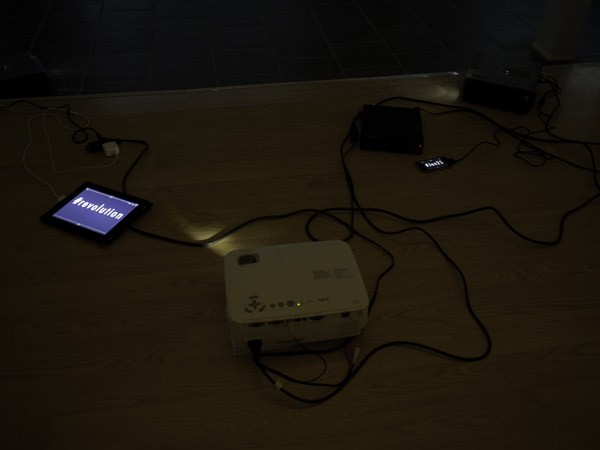 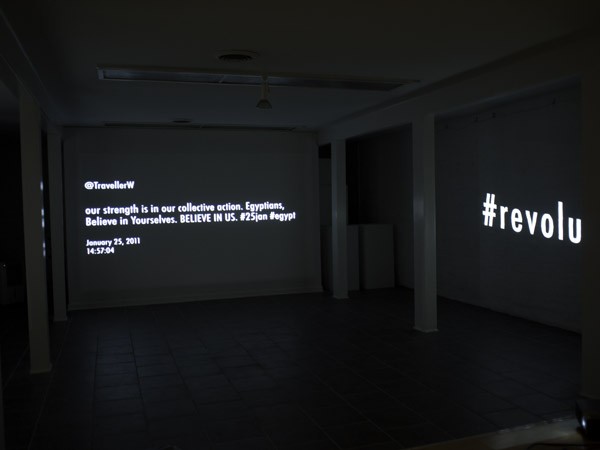