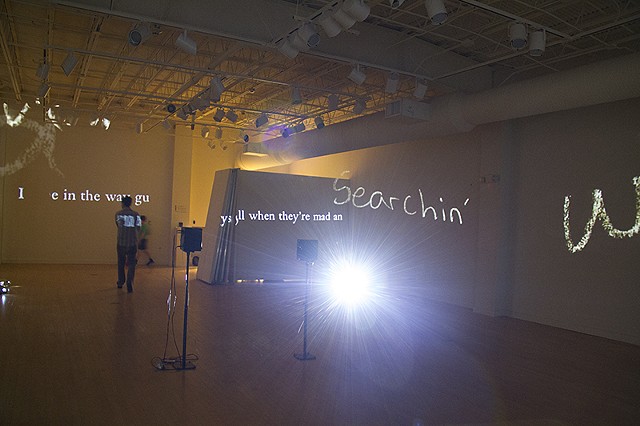 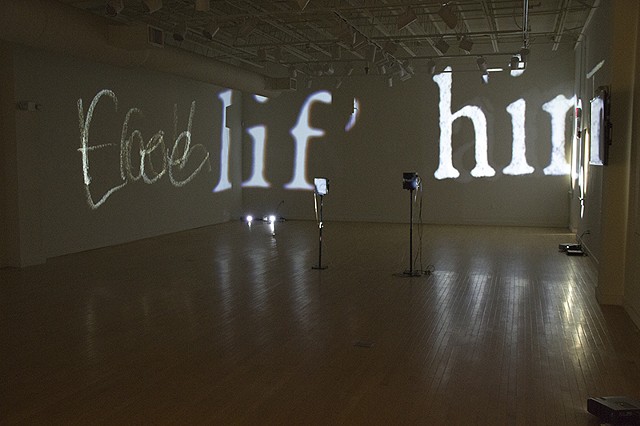 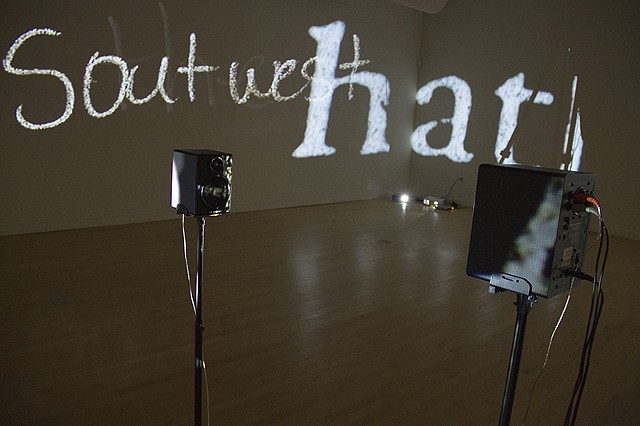 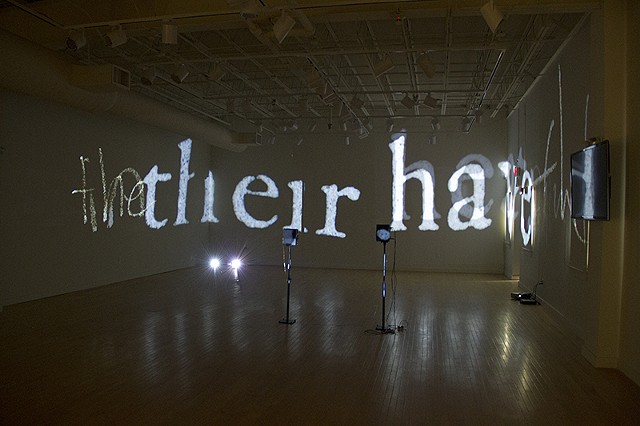 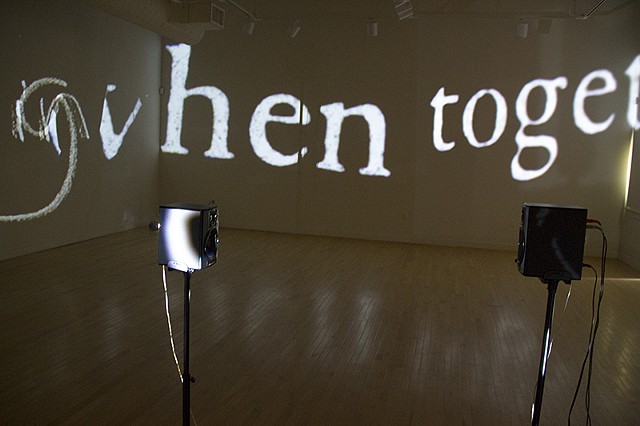 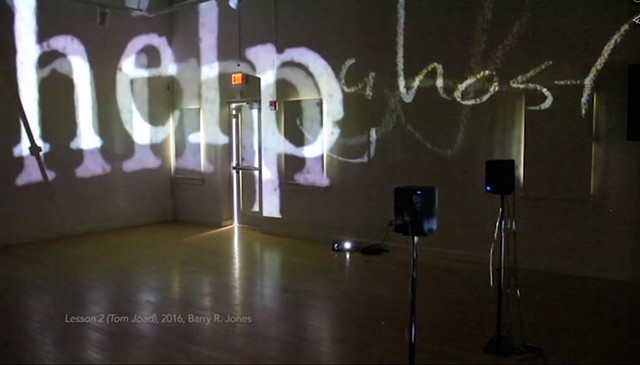 Lesson 2 (Tom Joad) is the second in a beginning series of installations that are physical manifestations of “lessons” on social justice for my children. Lesson 1 (Balled of the Poverties) focused on a poem by Adrienne Rich. It was created in collaboration with my daughters Marlena and Hope.

The source material for Lesson 2 (Tom Joad) is the The Grapes of Wraith by John Steinbeck and the song “The Ghost of Tom Joad” by Bruce Springsteen. I am particularly interested in The Grapes of Wraith’s union of dignity and rage and its insistence on the power of family and fellowship.

One of my favorite passages from the book consists of Tom Joad paraphrasing Ecclesiastes 4:9-12 to his mother. “Two are better than one, because they have a good reward for their labor. For if they fall, the one will lif’ up his fellow, but woe to him that is alone when he falleth, for he hath not another to help him up… if two lie together, they have heat: but how can one be warm alone? And if one prevail against him, two shall withstand him, and a three-fold cord is not quickly broken”. It is a beautiful statement of the power of community and family.

The installation consists of audio of my daughter Hope and I singing “The Ghost of Tom Joad” together. The audio is presented using two speakers facing each other. One speaker has Hope’s voice, the other has mine. There are also projected animations using Marlena’s and my handwritten quotes from the book.